There’s nothing quite like kissing the summer heat goodbye and welcoming the season ahead by carefully crafting your (hopefully) winning fantasy football team with a handful of your most enthusiastic and competitive friends. 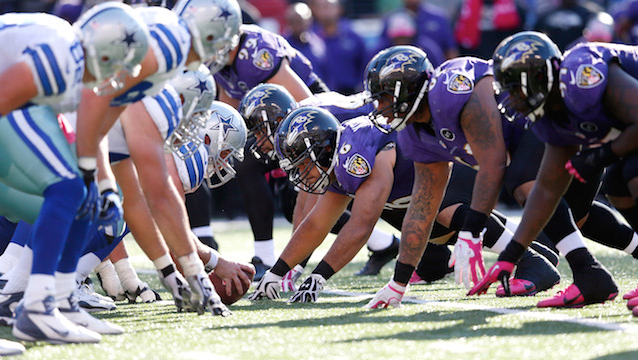 The Denver Broncos defeated the Carolina Panthers by just one point in the season opener on Thursday and set a true precedent for the season. Whether you’re a seasoned fantasy veteran or a newcomer, it’s always important to get familiar with the format if you want to succeed. That’s why I’m here to share some tips and tricks for winning your fantasy football league:

Now this is a hard one for us, but do not draft any hometown players based on loyalty alone. I appreciate a die hard Baltimore Ravens fan, but I’ll be the first to tell you that Joe Flacco is not a good fantasy quarterback. If you’re a Giants fan and want Odell Beckham JR on your squad, then by all means – he’s a stud. Avoiding loyalty will save you from breaking your heart twice in the span of an hour. Can you imagine your team losing AND your WR scoring -2 points? Sheesh!

All in all – PLAY BALL! I wish you the best of luck with your fantasy football league this season. And remember, football season isn’t just about winning. It’s about entertainment, the camaraderie between you and your friends, and great finger food – obviously. Cheers!